COMPTROLLER LEMBO ANNOUNCES $1.14 BILLION IN VOLATILE REVENUE TO ADDRESS PENSION DEBT - Kevin Lembo Archive - CT Office of the State Comptroller
Internet Explorer, the browser you are using, is no longer supported. This may lead to issues with this website. Please consider switching to modern alternatives like Microsoft Edge, Mozilla Firefox and Google Chrome. 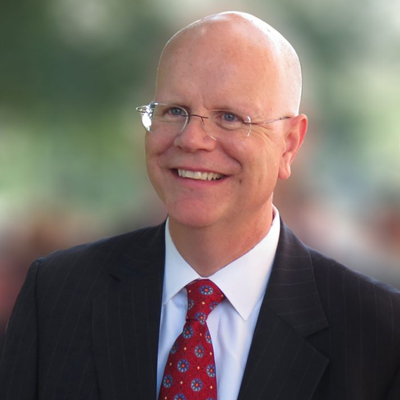 Comptroller Kevin Lembo on Thursday certified that the capture of volatile revenue exceeding the cap of the Budget Reserve Fund will result in $1.142 billion to pay down pension debt.

A change in state law crafted by Lembo in 2015, and enacted in 2017, requires the state to capture excess revenue in certain volatile categories and deposit them in the state’s Budget Reserve Fund (“Rainy Day Fund”). That law also raised the fund’s cap to 15 percent of General Fund appropriations. In Fiscal Year 2021, the revenue volatility transfer exceeded that cap, leaving a surplus that will now be allocated to the State Employees Retirement Fund, the Teachers’ Retirement Fund, or a combination of the two.

“Changing the way we build the state’s reserves took a remarkable act of bipartisan fiscal discipline,” said Lembo. “That one action alone is now resulting in a tremendous benefit for Connecticut residents and businesses. The reserves we’ve built will help guard against tax increases or severe cuts to safety net programs in future economic downturns. And the excess being allocated to the pension funds will result in budget savings while continuing our shared commitment to stabilize the funds in the long-term, correcting the mistakes of past administrations and easing the burden on future generations of taxpayers.”

In a letter to Treasurer Shawn Wooden, Lembo officially announced the amount available for deposit in the pension funds. Treasurer Wooden will now have the authority to allocate that money to one, or both, of the pension funds as he sees fit.

Lembo noted that the comptroller’s office will announce Fiscal Year 2021 year-end results at the end of September. An audit of those financials will be completed by Dec. 31. At that time, any final General Fund budgetary surplus — last projected to be approximately $300 million — will also be used to pay down pension liabilities.

“The people of Connecticut demand and deserve predictability and stability in state finances,” said Lembo. “Although we’re not at the finish line yet, the success of our efforts to grow the Rainy Day Fund prove that it’s possible through hard work and collaboration. I look forward to continuing those efforts and finding new ways to make government more responsive to the needs of its people.”

In Fiscal Year 2021, General Fund revenues in volatile categories — estimated and final payments of the personal income tax and the Pass-Through Entity Tax — exceeded the state’s revenue volatility cap by $1,241,460,235. That amount is automatically directed to the Budget Reserve Fund.

That deposit brings the balance in the Budget Reserve Fund to $4,254,401,878.60, or approximately 20.5 percent of General Fund expenditures. As mentioned above, because state law caps the fund at 15 percent of net General Fund appropriations (currently approximately $3.1 billion), the excess amount above that threshold is to be directed to one of two pension funds. For Fiscal Year 2021, that amount is $1,142,442,611.80.